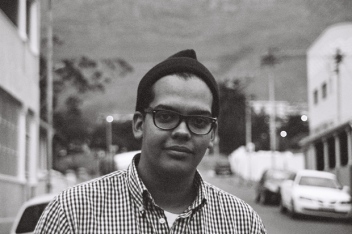 Dylan Valley (Documentary Film Maker) was born and raised in Cape Town, growing up in Kuilsriver and then the previously white suburb of Durbanville. After matriculating from Fairmont High in Durbanville he went on to study Film and Media at the University of Cape Town and interned for 2 months at E-TV news. As his final research project in 2005 he directed a 10 minute documentary on the history and current tensions in the Cape capoeira (Brazillian martial arts) scene.  In 2006 he obtained his Honours degree in Film Theory and Practice from UCT. Lost Prophets, a film about the personal stories of South Africa’s hip hop pioneers Prophets of da City, and where they are now, was his honours thesis project in partnership with co-producer and collaborator Sean Drummond. Afrikaaps was Dylan’s debut documentary, and was nominated and the winner of several prizes for documentary film. Dylan has just released Incarcerated Knowledge which follows the story of Peter Christians, a former prisoner of Pollsmoor prison, who is trying to turn his life around and make it as a rapper in the outside world.

You can watch the first 9 minutes of the documentary here